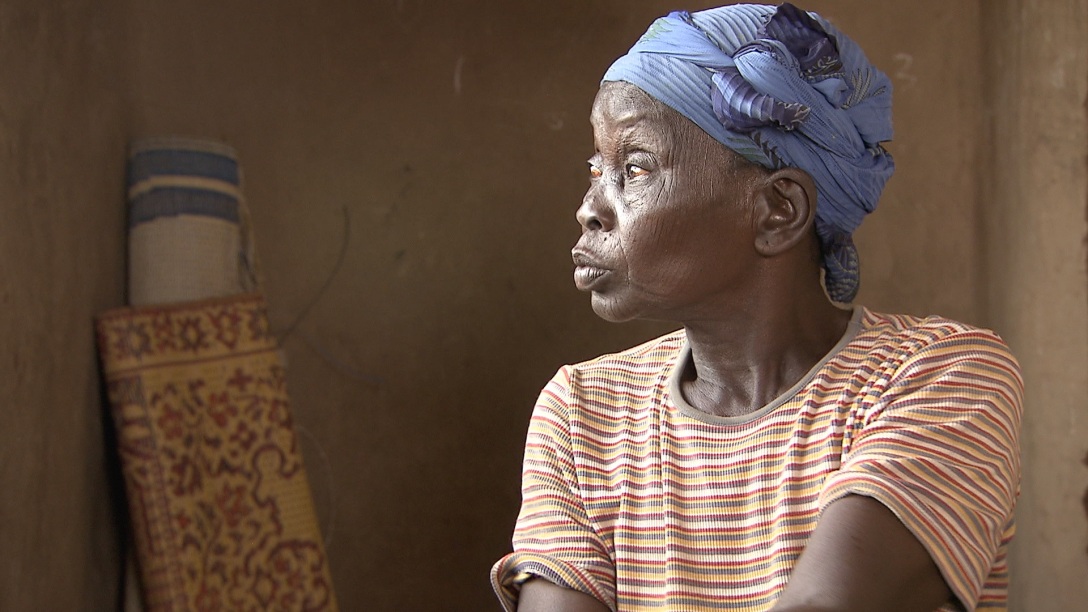 “Why would a man have more than one wife?” I asked Ayanobasiya.

“Your father even married six women,” I said. “What good is in it? I want your perspective.”

Beyond the assumed sexual reasons, a man within a patrilineal kinship system, where families trace descent through the father’s side, might want another wife for a variety of existential and status imperatives. Many children are essential to keep the family strong and ensure continuity. Ancestors need living descendants to support them in the afterlife. Families need enough workers to farm or send remittances home.

“Sometimes if the work is plentiful in the house, a wife can become tired,” Ayanobasiya explained. “A woman can go back to her house and bring her younger sister to help. When she grows older, maybe the husband will feel an interest in her. If so, he will say something, and she will return to her house to tell her mother and father the husband is also interested. That’s what happened in the old days. Men could have two or three wives. But today, why do men marry many wives you ask? You have to ask them! Perhaps one woman cannot satisfy him, so he must get another!”

Polygamy describes the general arrangement where any gender has more than one spouse. Polygyny is the specific term for men having multiple wives. Marrying again depends on the man’s ability to support a larger family. Often only older men can afford additional wives. It is expensive because of the gifts a prospective husband must give to the bride’s family. In Northern Ghana, intergenerational tension used to be common as old and young men competed for limited partners.

I once heard how in some African languages the word for co-wife is derived from the root word for jealousy[i]. LeVine described how Luo co-wives in Kenya call each other nyieka, “my partner in jealousy.[ii]”

“Wouldn’t the wives fight or become jealous?” I asked.

“Since it is her younger sister, there is less of a chance,” Ayanobasiya said. “She may look fresh, and the husband might like her more. Or the new wife will not respect her. If that happens, they can quarrel and even beat each other. They must go back to their mother and father who will advise them how the younger sister should behave. It was the older sister who got her, so she has to respect and do all the correct things for her.”

“So, when people get married,” I asked, “do they marry because they love each other first? Or is love something that comes later?”

“When the man has seen the girl and wants to marry her, the girl or her parents assess him. Maybe he makes her happy. As it happens, maybe her clothing is not dirty, and she always has food to eat. So, those things are where the love begins, before she agrees to go to the man’s house.” Marriage is more of a process rather than a discrete ceremony. The first step is moving to the man’s house. Ayanobasiya continues. “If the girl sees none of that is there, she will not go to him. Sometimes, however, the girl will not study the man properly and still go to him. Later, problems will arise, and she must run away. Love actually begins the first time they see each other, and they are in a state of courtship.”

Ayanobasiya redirected our discussion back to polygyny.

“In your place, a man is entitled to how many women?” Ayanobasiya sometimes flipped our interviews around. She often compared her home of Sirigu, Ghana to America. I learned more from her questions than mine.

“Just one,” I replied. “Some people try for more, but it’s against the law.”

“Mmmm. White people came here and changed a lot of things. We are developing well. But you don’t talk about changing polygamy.”

“If a man dies and leaves the wife, what are they going to do?” she asked.

“At your place, there is plenty of food. Why do people over there give birth to fewer children?”

Children are expensive. As conditions improve, wealth rises, and children survive to adulthood, birth rates diminish. Ayanobasiya observed how this might be happening in Ghana. With such good conditions, however, she said she would want a large family. She’d know her children would not want.

What makes a big family so important? A few months earlier, Ayanobasiya described the value of a large family. “If I am ever in need, my family can support me,” she said. “If you say you don’t have a family, and there is no family name attached to you, you have no significance. If something happens in the family, maybe there is a funeral, they will all come together and support each other. They can help. If there is an older person who cannot farm, they will support the fellow.” A large family and many children means she will age comfortably. Children throughout the world are people’s only retirement plan. Children are wealth.

I hesitated, unsure of what to say. Where were her questions going? When questioning or when discussing a sensitive topic, Nankani elders do not “go direct” or get to the point immediately. They circle, build a case, and establish a foundation before raising their interest.

Matthew, my research assistant, came to my aid. “I will answer part of that question. Does your husband not buy you nice things? Is this common, that older people do not need nice things?

“The Whiteman came and stopped FGM[iii],” she said. She was getting to her point. “Why don’t they try to stop polygamy, the number of women men marry? They should encourage them to stop and have fewer wives, or even one. Then we could cater for the children well so they will survive. Some men will even marry too many and they won’t be able to care for them all.”

Polygyny is not on development agendas unless linked to child marriage. People hesitate changing cultural practices that are not harmful or do not violate human rights. To call polygyny a harmful cultural practice, and subject it to outside intervention, would be a significant statement against the diversity of marriage practices globally. In Northern Ghana, maternal and infant health, poverty reduction, primary education, and child labor are the paramount issues.

Ayanobasiya continued. “In my case, my husband is married to another woman and they are staying in the south. I am staying in the house. I am sick, my eyes have problems, and I do everything for myself. If it is about buying new clothing, I do that myself. The other woman doesn’t care about me. That is happening with other women here. It is one thing the white people should come and educate the men about.

“Do you mean holding workshops for men on polygyny?”

“That would be a good thing,” she said. “I know it will take a long time. Even the young girl here,” she gestures to her daughter sitting on the mat, “will marry an old man.”

“How?” I asked. “In America, a young girl would refuse to marry an old man.”

Matthew replied, “It’s because of the treatment and the money. When they visit with her, the way they treat her is different from other men. The old man knows what to do to keep a woman in the house. He must provide her with what she wants. You can still have a 50-year-old man go and marry an 18 to 20-year-old!”

I left weighing my own and the Nankani people’s perceptions of polygyny. Are such arrangements sometimes detrimental to women’s empowerment? Do families benefit? Witchcraft accusations used to check inequality within polygynous families. How is intra-familial inequality managed today? Already, the number of polygynous marriages in Northern Ghana are diminishing. Would the ongoing economic and religious changes transform marriage practices anyway?

Approaching polygyny as a development issue, as Ayanobasiya wanted, raises questions central to the role of culture in structuring development agendas. Culture can be a scapegoat for other problems. Anthropologists have also used culture as an excuse to step away, or not intervene, in the name of relativism or objectivity. We seldom speak of how facets of a culture can be maladaptive or harmful to people. But I remain wary of arguing against polygyny or calling it harmful. Ghanaians have mixed opinions, and I know Nankani women who wouldn’t consider any other arrangement. I am certain that intervention by outsiders is not a solution, despite Ayanobasiya’s urging. Such debate and change should come from the community.

While confronting men over polygyny might “bring war,” the battle for equity in the household is worth addressing. Household inequality was at the root of Ayanobasiya’s frustrations. It is an issue that stretches across all family arrangements and cultures. Her time to fight this has passed she said, but her children and grandchildren deserve a different fate.

Want more? Check out my book “Spirit Children.” Read the first post in this series here.