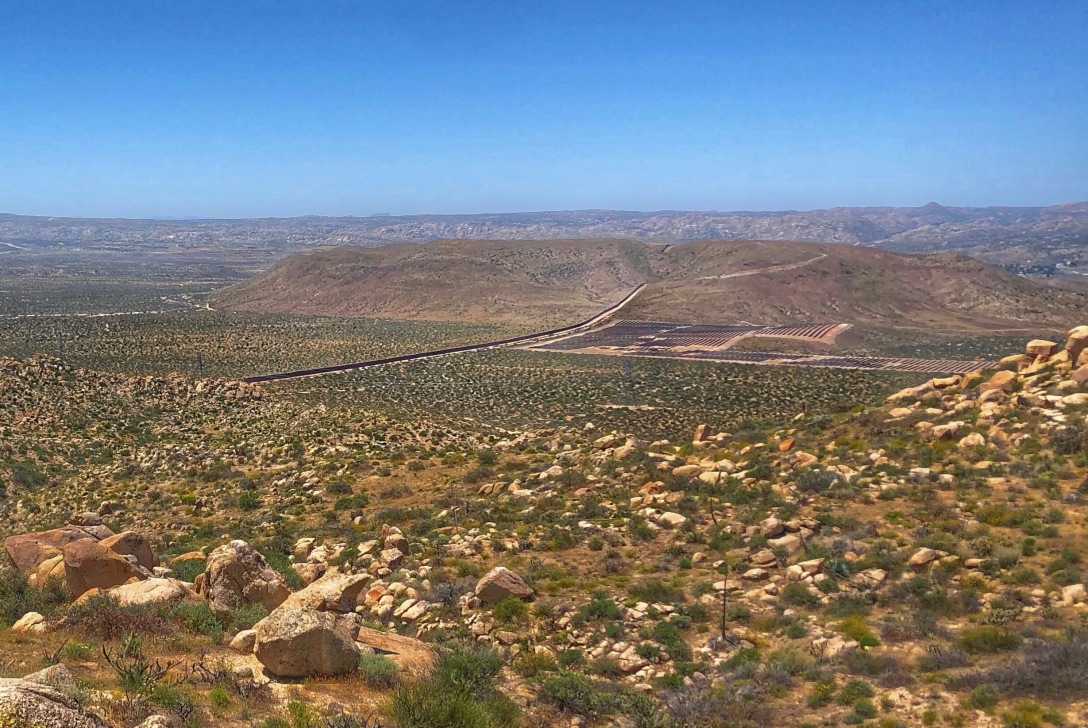 Restless for depth of field, and eager to gaze beyond the myopic viewshed of a blue-lit screen, we set out to hike a stretch of the Sonoran Desert near the border. I craved beautiful things. And a distant horizon.

This captivating landscape is, however, punctuated by human desperation and a nationalistic fantasy equating a rusty wall and militarized patrols with protection and control. These footprints cannot be unseen. More than splendor is etched into this place.

Driving east, moving from chaparral to desert, we slowed while passing the flashing lights of the Border Patrol. Two detained men crouched in the narrow margin between the asphalt and a scrub oak thicket. Their journey had come to this. Hands joined at the wrist. They carried only what they wore. And what they wore held miles of dust and hitchhiking buffelgrass burs, cholla spines, and foxtail spikelets. Their fresh, white surgical masks beamed. The officers stood maskless. Perhaps they are invulnerable. Later, passing through a Border Patrol inspection station, a young officer thrust his bare face to my open window to ask the questions he sheds to the thousands during his shift: “Hi.” “Where are you coming from?” “Are you U.S. citizens?”

I recently heard the president’s priority amid the pandemic is to paint the entire wall black. Believe me, he says. It will be tremendous.

One can unwittingly cross into Mexico while hiking near Jacumba. There are gaps. The wall stops where rough topography discourages construction. In these spaces, the wall funnels passing animals and people into dry, onerous terrain. We briefly hiked off the trail and up a small rise to glimpse what lay ahead. Entranced by the view, it took me a moment to spot a cache of water hidden behind a rock. A Samaritan inked a heart on the bottle’s lid and the date on its side—11/8/2019. Should I take some? It was passing 90 degrees. Half of our water leaked from its bladder that morning. We would be fine sharing mine, but the margin was close. I had two gallons at my feet, yet the thought of taking even a quart as a hedge against thirst felt like an iniquity. An act of depriving someone in greater need. We moved on.

On the drive home we followed a section of the wall. A child ran along and shouted through the slats from the Tecate side: “Hey… Hey! You. Listen to me. Come over here. Come over here.” The boy’s voice cut deep. We caught a glimpse of him as he passed behind a sign warning us not to come within 100 feet of the “fence.”

This is another form of social distancing.

Check out my other essays here